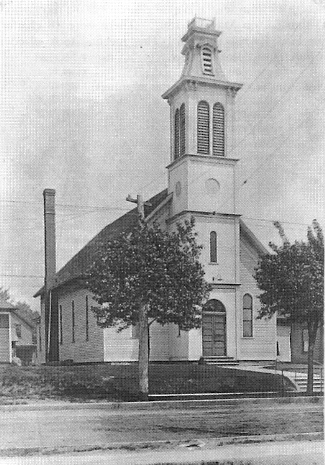 A Baptist testimony was present in Penn Township as early as 1837. There were representatives from several Baptist churches at the recognition council held in Mishawaka, Indiana, on May 14, 1867, in the German Methodist Church on West 3rd Street. Here eighteen charter members founded the First Baptist Church of Mishawaka.

The first pastor was Rev. M. T. Lamb, followed by Rev. Hubbard Terrell and Rev. A. M. Buck. In 1868, the church voted to “obtain a source of any amount of money that the building committee may recommend for the building of the church, not to exceed one thousand dollars.”

The first church building was erected at 110 West Joseph Street (Mishawaka Avenue) in 1868-1869. On April 17, 1869, representatives from several area churches were asked to help establish a Sunday School, which reached an enrollment of 287 by 1901. 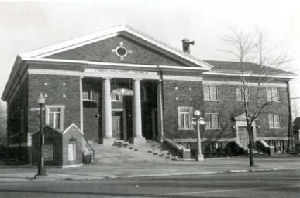 On July 3, 1913, the property at Main & Lawrence was purchased for the present church location. The purchase price was not to exceed $5,500. In 1916, the main portion of the present building at Main & Lawrence Streets was started under the leadership of Rev. E. E. Shoufler. The basement was finished and used for the regular services of the church for the first few years.

Late in 1919, the building was sufficiently near completion to hold a formal dedication with Rev. Floyd W. Johnston as pastor. The new building cost about $40,000 and replaced the old church on Mishawaka Avenue, which was sold to St. Monica’s Church. The new church interior was 43×80 feet with a seating capacity of 400. 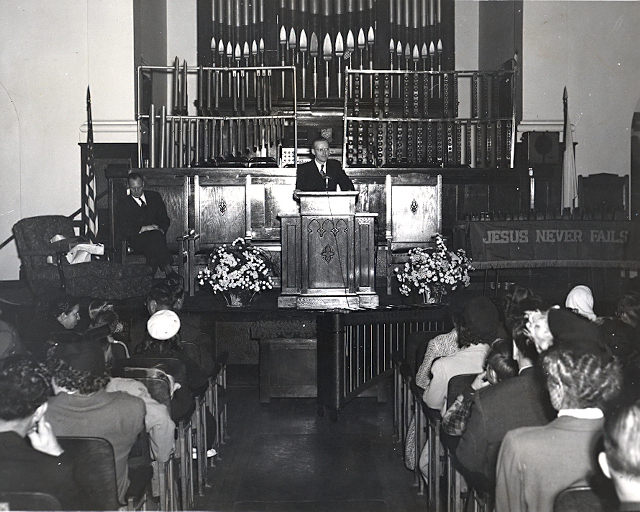 The Lord blessed the ministry at Main and Lawrence, and on June 6, 1926, Rev. M. E. Hawkins dedicated the annex, which had added numerous Sunday School rooms. It is interesting to note that the Sunday School in 1926 had an enrollment of 800, a record attendance of 603, and an average attendance of 504, with 24 classes. However, as the church continued to grow, the congregation increasingly felt the need to expand.

In 1957, construction on an educational wing was started, providing offices, a modern kitchen, restrooms, and two new assembly rooms. The versatile lower auditorium, the Fellowship Hall, provided classrooms and an adequate fellowship area. The educational wing was dedicated April 1, 1962, after five years of building at the cost of $150,000. 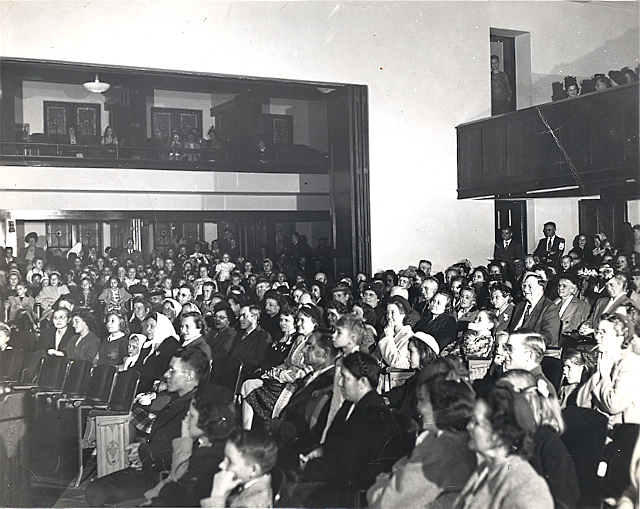 In 1967, First Baptist Church celebrated its Centennial. In 100 years, the church had grown from 18 to 620 members, and sixty full-time missionaries, pastors, and Christian workers had been sent out from FBC. 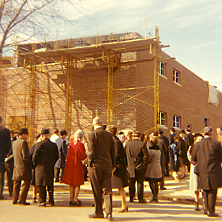 On October 18, 1970, a groundbreaking ceremony was held for a large multi-purpose building that included a regulation-sized gymnasium, a large stage, additional classrooms, and a kitchen. The estimated cost for the gymnatorium was $350,000. When the building was completed in 1971, it was named Hamman Auditorium in honor of Roy Hamman, pastor of First Baptist Church for 15 years, a longtime missionary to Africa, and a member for some 45 years. Shortly after the completion of the building, Pastor Hamman resigned as pastor and the congregation called Glen Crabb. 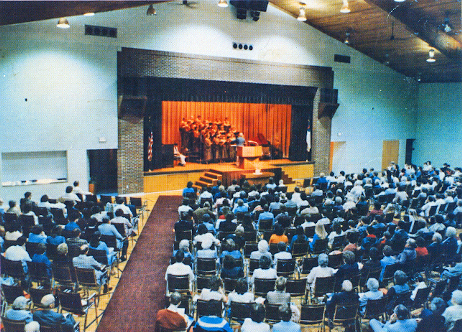 In the late 1970's, First Baptist Christian School was started to provide excellent Christian education to the Michiana area. In December of 1977, David Miller followed Glen Crabb as the pastor of First Baptist Church. Due to the growing congregation, the church began to hold its worship services in Hamman Auditorium. Over the next several decades, the church began to acquire the property surrounding the church building, eventually owning the entire block. 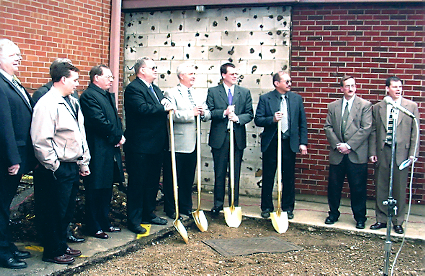 In 2005, work began on a new Welcome Center and foyer area, along with other areas of the church building that needed upgrading. On March 12, 2006, Pastor David Miller and the members of First Baptist Church dedicated a new back hallway, a new front entrance to Hamman Auditorium, an elevator, a remodeled Nursery area, a refinished Hamman Auditorium floor, and a new Welcome Center.

In 2010, after thirty years of worshiping in Hamman Auditorium and several upgrades to the original Sanctuary area, the congregation moved its worship services back to the Main Sanctuary. Over the next several years, the Sanctuary experienced a significant amount of renovation, including refinishing the wood floors, new carpet, construction of an audio/visual booth in the Balcony, and new seating. 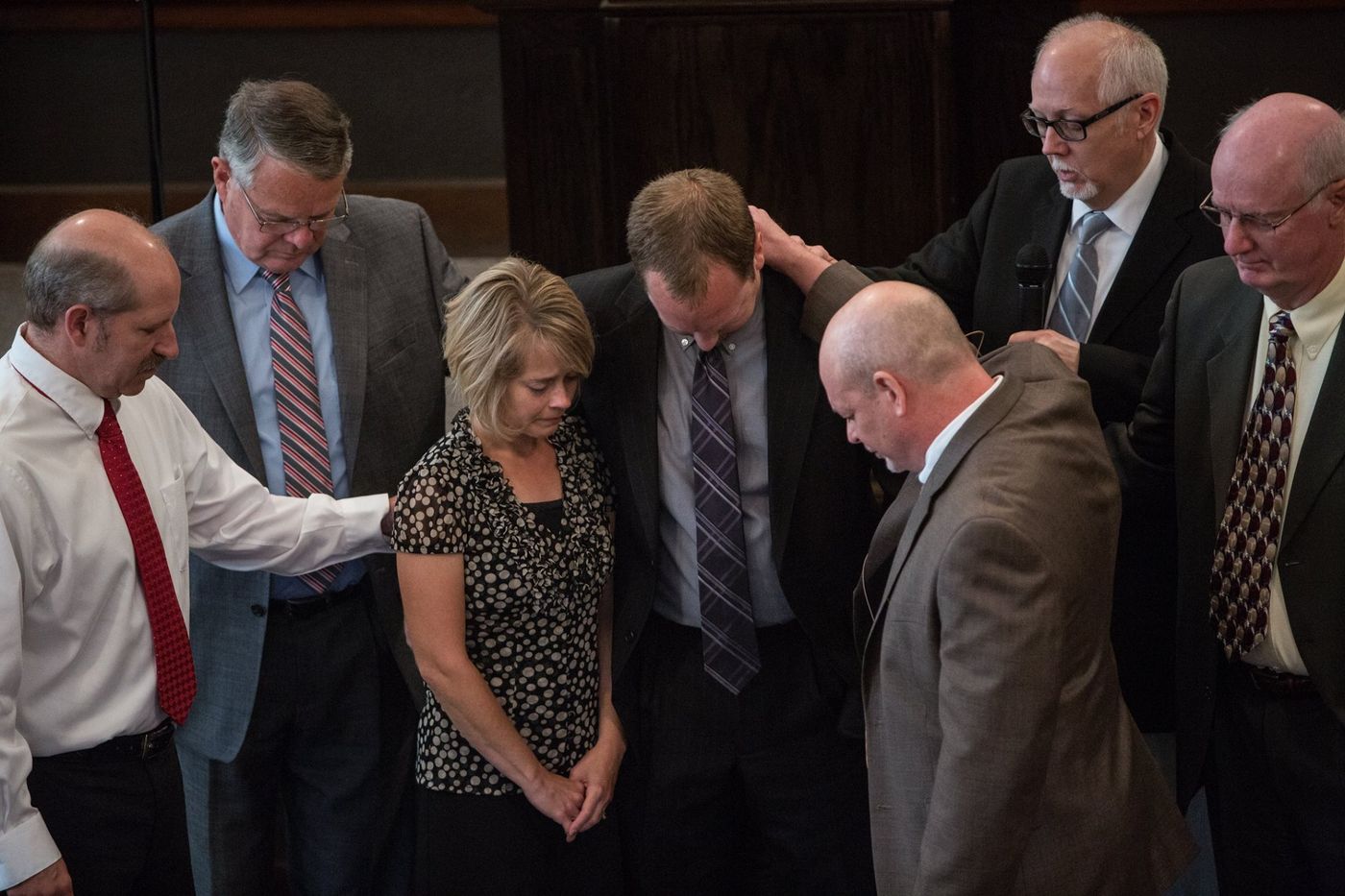 In 2012, the school completed its 36th and final year of ministry. Its impact is vast, with hundreds of graduates and former students currently serving the Lord around the world.

In 2014, after over 37 years of pastoring First Baptist Church, Pastor Miller stepped aside to become Pastor Emeritus. In June, Pastor Peter Jones, the assistant pastor, was called to assume the position of pastor.

For 150 years, this local body of Christ has continued to believe in the plenary-verbal inspiration of the Bible (2 Tim. 3:16), and to preach that salvation is in Jesus Christ alone by grace through faith (Acts 4:12).